LETTER FROM OUR CHAIRMAN, TITO MBOWENI 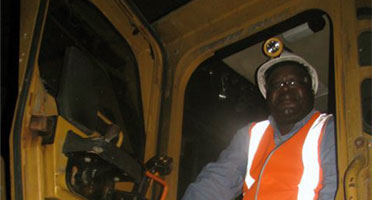 In 2012, Anglogold Ashanti's Chairman, Tito Mboweni, visited several of the company’s operations around the globe. 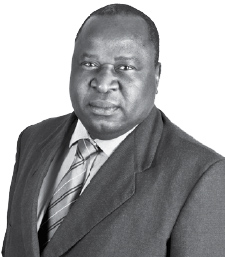 The year 2012 proved to be an extremely challenging one for AngloGold Ashanti and much of the rest of the extractive sector, both in our country of domicile, South Africa, and around the world.

After a difficult year in the global gold mining industry and, more specifically, within AngloGold Ashanti, I recently had the privilege of meeting many of our largest institutional investors and was able to hear their concerns about the company first hand. This engagement followed my desire to discuss with our shareholders the departure of Mark Cutifani and the process that the board of directors has put in place to find an appropriate successor. The views expressed covered everything from the need to “focus on the basics” and improve our production and cost performance, to reviewing our portfolio of assets and potentially undertaking more significant corporate restructuring. This is a set of insights and observations that I have discussed with my colleagues on the board and, together with the management team, we are identifying ways to improve the company’s value proposition going forward.

Regarding safety, an operational priority for us, I offer my condolences to the families, friends and colleagues of the 18 people who died in accidents at our operations and exploration sites during 2012. I remarked last year on the regrettable lack of progress in improving our record of fatalities since the marked improvement recorded in 2008. This despite the steady improvement in our all injury frequency rate over this period. In 2012 in fact, we reported an increase in the number of fatalities compared to previous years. Our management will address this as a matter of great urgency in the year ahead. We are gratified at the continuing, significant improvement in injury rates and trust that this will help eliminate fatalities.

In my almost two years as chairman of AngloGold Ashanti, I have had the opportunity to visit most of the company’s operations. This has been an invaluable experience and has helped me to develop a deep understanding of our company and its global operating and exploration reach. One notable pattern that I have observed has been the penetration of Project ONE throughout the organisation, and the commitment of our staff to this project and to the company as a whole. This is an important positive differentiator in our case. Management’s work on business process improvement initiatives has proceeded apace and most operations have now completed implementation of these initiatives with the focus now being on the refining and tightening up of systems and processes.

These visits have also brought to life the many challenges we face, some for the company and some for the industry more broadly; resource nationalism, tough or poorly managed tax regimes and currency volatility are among the latter.

Closer to home are the imperatives of good environmental management and dealing with the legacy of historical, poor environmental practices. Many of our operations and other concessions in the developing world experience encroachments by small-scale (and sometimes not-so-small scale) artisanal miners. Very often these activities have been the basis of subsistence economies for centuries, yet commercial mining is vital to economic development in these jurisdictions and we are entitled to have our rights secured. In respect of these and other social challenges, our sustainability efforts are critical. Our operations display uneven progress, though we are certainly headed in the right direction.

A further challenge in 2012 was the prolonged unprotected strike at our South African operations – and much of the rest of the gold and platinum sector. From late September 2012, we found ourselves unexpectedly engulfed by a wave of unprocedural militancy whose origins are complex and multifaceted. It signalled to the industry, national and local government and the trade unions which have dominated the industry for the past 25 years a need for introspection regarding the shortcomings and the need for action, both within our company and in partnership with each other, to remedy those. At the same time, it is with some pride that, notwithstanding the unprocedural and unprotected nature of the strike, our management and employees dealt with the trying circumstances with minimal conflict and virtually no violent incidents.

Early in the financial year, we received an upgrade to our international investment credit rating by Moody’s Investor Service, in recognition of operating improvements and our overall prudent gearing levels and liquidity. Six months later, in the wake of the downgrade of South Africa’s sovereign debt rating by three of the foremost global ratings agencies we were faced, along with several other major South African corporations, with being placed on a watch list for a possible downgrade by one of these agencies, Standard & Poor’s. It was only thanks to the company’s resilience and the decisive proactive steps taken that we were able to defend our investment grade rating. During 2012, we also undertook longterm debt raisings to further improve our debt maturity profile and enhance our liquidity headroom.

The company’s efforts to create new scope for growth bore fruit during 2012. Our developments at Tropicana in Australia, Kibali in the DRC and Gramalote in Colombia are extremely exciting. Both Tropicana and Kibali are forecasting first gold pours within the next 12 months of this letter and this we believe will be an important driver in the re-rating upwards of our equity valuation.

In addition to the strong immediate pipeline of our projects, we were active in pursuing value-accretive acquisitions. We acquired, for $335m, First Uranium (Pty) Limited, the owner of Mine Waste Solutions, a recently commissioned tailings retreatment operation located close to our South African Vaal River tailings facilities. The asset is expected to contribute around 110,000oz to annual production at competitive costs as we go into 2013 and 2014. This acquisition has also rendered unnecessary a substantial capital investment that would have been required to construct a plant to process our other Vaal River tailings.

We also acquired from Kinross Gold Corporation for $220m its 50% interest in the Serra Grande mine in Brazil, giving us full ownership of the asset. This acquisition should increase AngloGold Ashanti’s production by some 70,000oz a year, as well as enhancing our Mineral Resource and Ore Reserve and diversifying our global portfolio base.

For now, the return on these and our other investments, and the pay-off for operational improvements is slightly dampened by the fact that the gold price, surprisingly, continues to lack any real conviction in the face of the continuing uncertainty in the global economy. The temporary solution to the fiscal cliff still leaves the issue of the US debt ceiling unresolved which might further damage prospects for the US dollar. On-going uncertainty in Europe around economic growth and the potential for further sovereign funding stress should also have underpinned the investment case for gold. However, the success of central bankers in mitigating some of this risk has undermined that investment case to some extent.

Nonetheless, continued loose monetary policy in the United States and Europe, with added impetus more recently from Japan, will ensure that real interest rates in these economic blocs will not rise anytime soon. This, in conjunction with continued central bank buying – from mainly non-member countries of the Organisation for Economic Co-operation and Development (OECD) – and improved Chinese off-take in the face of stronger economic prospects from that region, should support the gold price in the medium term. With other emerging markets, especially the Indian economy improving following tighter economic policy initiatives, we expect some local currencies to strengthen, thereby pushing down the price of gold in local currency terms. This will in turn stimulate jewellery demand and consequently the gold price.

As you will be acutely aware, our share price – along with those of many of our gold mining peers – suffered a marked decline during the year. A confluence of factors has weighed on these valuations, most notably heightened socio-political risk across several mining jurisdictions, a seemingly inexorable rise in costs, some injudicious capital allocation and poor delivery on production targets. While we have scored higher in some areas than others, we are mindful that we must move with purpose to address these broad industry concerns where possible to help improve our valuation. At the heart of our efforts is a concerted drive to continually improve our operations to more consistently achieve our guidance and enhance predictability of our earnings. All the while, we will continue to make judicious, disciplined decisions on capital allocation in order to ensure we maintain our record of delivering industry-leading returns. We will continue to evaluate the impact of these efforts and make adjustments where necessary as we work to deliver real value to our shareholders.

In conclusion, regarding changes to the board, I’d like to welcome Michael Kirkwood, who joined us from 1 June 2012. His vast experience in the international financial arena has already enhanced the skills set of the board. On 20 February 2013, Tony O’Neill was appointed as a member of the board. Tony is a recognised global business and technical expert in the mining industry.

I would also like to pay tribute to the three non-executive directors who will be retiring at the annual general meeting in May 2013. Frank Arisman and Bill Nairn have served the board with distinction for many years, Frank since the founding of AngloGold Ashanti in 1998 and Bill since 2000. We all owe them a great deal for their hard work and imparted wisdom. We will also bid farewell to Ferdinand Ohena-Kena, with us since 2010. He, too, has made a singular contribution to the work of this board.

Lastly, I want to pay tribute to our Chief Executive Officer of the past five years, Mark Cutifani, whose departure was announced in January 2013. I thank him for five years of leadership.

While we will seek to find a successor as speedily as possible, we will be sufficiently patient to ensure that we select the best possible candidate. In the meanwhile, I cannot think of two safer pairs of hands than those of Srinivasan Venkatakrishnan and Tony O’Neill in which to entrust your company during this transition phase.