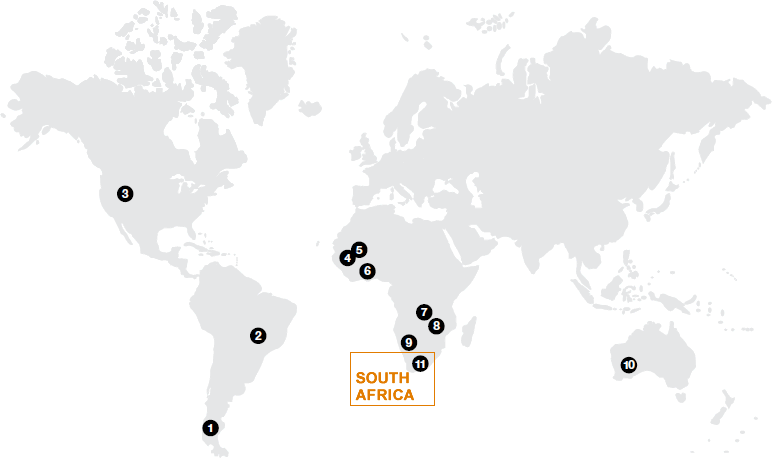 For a more detailed account of performance by operation, refer to the Operational Profiles 2013.

Percentages indicate the ownership interest in AngloGold Ashanti, whether held directly or indirectly. All operations are 100%-owned unless otherwise indicated.

Growth in annual gold production was achieved for the first time in almost a decade, with the contribution of new lower cost ounces from Tropicana and Kibali. The new production in the portfolio provides flexibility to rationalise marginal production as the focus continues on the active management of overhead and operating costs, so as to create sustainable free cash flow.

Despite a 16% decline in the gold price received for the year, the company recorded solid operational performance for the full year 2013 reflecting a 4% increase in production to 4.11Moz, and a decrease in all-in sustaining costs of roughly 6% compared with 2012. The year-on-year improvement in production marks the first increase in annual production for AngloGold Ashanti in nine years.

Operating performance for the year recovered from strike activity in South Africa in 2012. Substantial improvements in both direct operating and overhead costs, and the introduction of commercial production from two new, world-class, low-cost mines in the fourth quarter, contributed to this improved operating performance.

Notably, 2013 marked the best year of safety performance in AngloGold Ashanti history, providing an anchor for solid production and cost results amidst a challenging gold price environment, wage negotiations in South Africa, and significant restructuring of corporate and operating costs.

The attributable Ore Reserve at year-end 2013 was 67.9Moz, down from 74.1Moz at 31 December 2012. This decrease reflects the changes in economic assumptions due to the lower gold price, which had the most significant impact on Geita and CC&V. 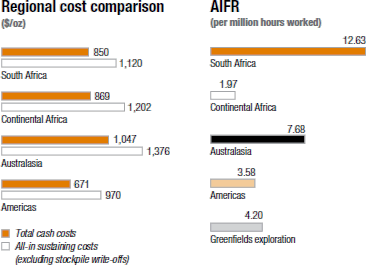 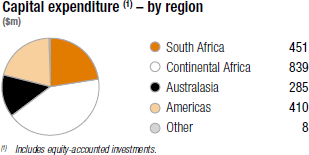 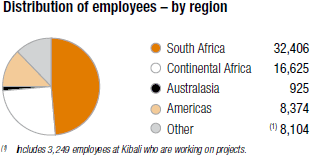 “2013 reflected not only substantial improvements in costs, but marked the group’s best safety performance on record.” 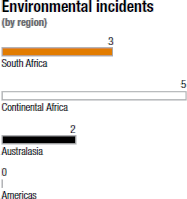 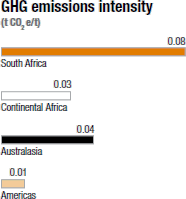 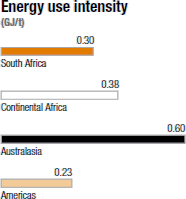