Analysis of our external environment 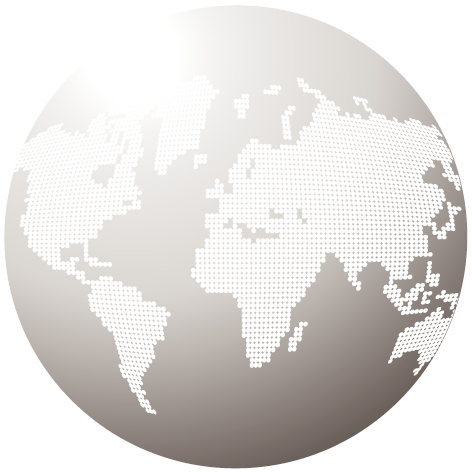 We identify, prioritise, address and review external factors with a bearing on our ability to deliver our strategic objectives.

This enables us to highlight emerging issues that influence our short- and long-term economic viability and the sustainability of our business. Here we analyse those issues in our external environment – the gold market, stakeholder expectations, competition for resources and infrastructure, and health and safety – that are expected to continue to influence AngloGold Ashanti’s performance.

Our gold is sold in:

The Federal Reserve’s monetary policy and the end of quantitative easing continued to depress the gold price in 2014, as the prospect of higher interest rates reduced the need for safe-haven investments. Demand for physical bars and coins had declined in 2013, in part as investors digested their heavy buying in 2012 and early 2013. Investors began a sell off of their gold holdings in the second half of 2013 and this continued into 2014. In particular, liquidations from exchange traded funds (ETFs) resulted in ETF gold holdings declining by almost 160t, significantly less than the 903t of liquidation in 2013. ETFs have now lost a third of their holdings since their peak at the end of 2012, when they held 89Moz (2,778t). Slowing growth in China and (deflation in Japan) prospects for monetary stimulus in Europe helped to boost the attractiveness of the US dollar, which in turn weighed on gold.

Demand for physical bars and coins declined in 2014, in part as investors digested their heavy buying in 2012 and early 2013.

Jewellery demand was largely sustained during 2014 at 7Moz (2,153t) level. Indian demand in the latter half of the year took up most of the slack occasioned by slower Chinese demand. This followed the lifting of import restrictions by the Indian government. The Chinese jewellery market has been consolidating after the exceptional growth of 2013 and as warehouse stocks of bullion continued to be drawn down. Apart from the United States and UK, where economies have been recovering and lifting jewellery demand, demand in much of the rest of the world has tended to be weaker.

Access to capital markets is a fundamental requirement for any company. Investors (mostly investment funds but also individuals) provide the lifeblood of capital to listed enterprises around the world, either by buying securities in the secondary markets, or by participating in primary placements of equity or debt as companies look to raise money for specific initiatives. Equity market conditions are currently challenging for gold producers, particularly for those in emerging markets as funds in these markets have seen withdrawal of cash by their own investors. The sharp decline in gold prices and the resultant contraction in producers’ margins have hurt gold funds’ performance resulting in declining valuations and investor redemptions. Against the backdrop of low equity valuations for gold producers and the amount required for the transaction proposed in September, shareholders declined the proposal to inject $2bn into the company to facilitate the debt reduction required to split the company. This prompted the decision to withdraw the proposal and remain a single entity, and to deleverage the balance sheet, generating cash from internal sources, including fundamental cost savings, joint ventures and/or asset sales, for full value.

As the gold mining sector is a significant user of energy, a stable and affordable power supply is critical.

The public burden placed on the mining industry has risen progressively over the past decade.

In Argentina, regulatory concerns around import restrictions, together with inflationary pressures, continue to have an operational impact.

The sustainability of our business is influenced by public acceptance of our activities – the company must earn and maintain its social licence to operate through constructive and transparent communication and engagement.

AngloGold Ashanti strives to contribute positively to the communities and societies in which we operate, thus contributing towards their sustainable future. Our aim during the life of operations is to put in place the foundations of this future, by engaging with local communities, local and national governments and other stakeholders and by being in partnership with them. This we do by:

The company must earn and maintain its social licence to operate

In Ghana in particular, extensive engagements involved government, employees, unions, regulators, communities and other stakeholders to address the operational and socioeconomic challenges at Obuasi and the mine’s transition to limited operating status while a new development plan is finalised. A multi-stakeholder working group was established to engage on the measures needed to return Obuasi to long-term viability. Significant progress had been made by year-end on determining the interventions needed to transform Obuasi into a modern, productive and cost-effective operation and how those interventions should be implemented. The Amendment to Programme of Mining Operations, which details technical, environmental, financial and social details around the transition, was submitted in July 2014 and was approved by the Ghanaian Government in November. This programme will enable the company to complete the feasibility study, carry out any necessary engagements with potential partners and conclude a way forward for the Obuasi mine.

ASM is most prevalent in:

Artisanal and small-scale mining (ASM) is a feature of gold mining regions around the world. While legal ASM is provided for in the legislative framework of most mining countries and has the potential to provide livelihoods, we distinguish between legal and illegal ASM. The presence of artisanal and small-scale miners can lead to illegal and criminal third-party activity on or around our operations and often presents increased and complex challenges to safety and security.

Where possible, our company supports the formalisation of the ASM sector.

Much work has been done in and around our operations to ensure we work with the communities to deal with illegal ASM while working on forging partnerships where possible with legal ASM, which is a legitimate entrepreneurial activity. To protect our assets, our employees, the environment and local communities, we work with authorities to act against illegal ASM activity on our sites. We seek to address illegal ASM activity through strategic and security interventions and by taking action that is appropriate in terms of the law and in accordance with international principles of human rights, including the Voluntary Principles on Security and Human Rights (VPSHR) and their rules of engagement, and the UN Guiding Principles on Business and Human Rights. We have undertaken a number of key initiatives including the development of a guidance framework on how to manage ASM issues, from the implementation of capital projects to the identification of generic regional ASM risks and their control measures.

Safety is not only our first value, it is our priority. Efforts to improve safety performance in 2014 were directed at deepening our understanding of how risks develop at our operations and at identifying the pathways – or sequences of events – which result in safety incidents. This included a focus on major hazard management – identifying and monitoring critical controls, instituting measures to reduce and control deviations, and continuing to build organisational safety capability and capacity.

In the course of conducting our business, employees may also be exposed to various health hazards. We actively manage these risks to ensure that our workplaces are free of occupational illness. To that end in South Africa, AngloGold Ashanti, Anglo American South Africa, Gold Fields, Harmony and Sibanye Gold announced in November 2014 that they had formed an industry working group to address issues relating to compensation and medical care for occupational lung disease in the gold mining industry in South Africa. Engagement has begun with all stakeholders, including government, organised labour, other mining companies and legal representatives of claimants who have filed legal suits against the companies. Essentially, the companies are seeking a comprehensive solution regarding the legacy compensation issues and future legal frameworks, which, while being fair to employees, also ensures the future sustainability of the industry.

Health-related community challenges include HIV/Aids in South Africa and malaria in much of the Continental Africa region. More recently, in 2014, the outbreak of the Ebola virus disease in Guinea resulted in the exploration programme in the vicinity of Siguiri being suspended.

During the year, the South African platinum sector endured an unprecedented five-month strike related to wage negotiations. The second year of a two-year wage agreement in the gold sector began in June 2014 without industrial action, although the 2013 agreement remains subject to an appeal to the Labour Court by the Association of Mineworkers and Construction Union (AMCU). That agreement was signed by the gold producers and three unions, National Union of Mineworkers (NUM), UASA and Solidarity, representing 72% of employees in the sector at the time, and was extended to all employees irrespective of their union affiliation.

The 2013 agreement included a commitment to address employee indebtedness and in particular as related to emolument attachment orders (EAOs) and other aspects of employees’ personal financial management. Given their stable employment, mineworkers are vulnerable to exploitation by unscrupulous lenders. Excessive levels of indebtedness affect employees’ ability to flourish and fund their future. Much work was done in 2014 to develop and implement an initiative, Masidibanise Izandla, (‘let’s put our hands together’) to provide financial guidance, advice and support to employees. The next round of wage negotiations in South Africa’s gold mining sector is expected to begin in early 2015. The companies will again engage employees, through their organised labour representatives, in centralised collective bargaining to find a mutually acceptable outcome that provides a salary adjustment that is both affordable for the gold producers and adequate to their staff. It will be imperative for unions and companies to agree a link between higher pay and improved productivity levels, given the threat that diminishing productivity poses to the long-term viability of this industry in South Africa. AngloGold Ashanti will, as always, focus on ensuring peace and stability during this engagement with its employees.

Employee and union engagement at our other operations had positive outcomes. For instance, at Obuasi in Ghana, where the retrenchment of the entire workforce with the full support of organised labour, was the principle labour issue, and in Argentina, where the increasingly difficult economic environment had the potential to affect relations with employees.